I visited Tanzania (after a good 9 years!) and spent a little over a week there, just before the festivities were in full swing! There were Christmas trees everywhere, hand-made by local artisans, bearing wooden carvings with messages of peace, love, joy and prosperity. I find Tanzanian craftsmanship incredibly detail oriented, with little stories that make your heart sing with appreciation and joy. 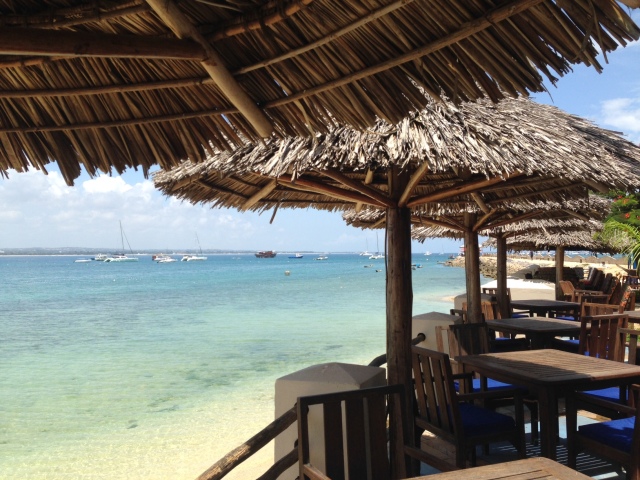 Tanzania is situated on the East Coast of Africa, and is East Africa’s second largest port, boasting an urban bustle, with a down-to-earth mixture of African, Arabic and Indian influences. This can be seen in anything from cuisine, to the style of dressing. From Kaftans and Khanga inspired attire (for the cooling effect), to outfits showcasing Indian flair and pizazz. These beaded slippers are made by Masai communities (you can check out my store to order a pair).

With close ties to its Swahili roots, Tanzania has shown a steady GDP growth of approximately 7% over the last couple of years, with a big part of the economy fueled by the informal trade sector. Due to this rapid growth, there is a lot of direct foreign investment, which brings with it a multitude of nationalities and ex-pats.

The capital city, Dar-es-Salaam (Arabic for Harbour of peace) is also nick-named Dar or Bongo land (slang for brains, as you need them to navigate the city!).

Predominantly a Muslim inspired country (Islam has been in existence in East Africa since the 18th century), you can expect, at-least twice a day (if you commute around the city), to be made aware of the existence of a higher power (in the form of a call to prayer from the many nearby mosques). The Mosques boast beautiful architecture, some with dilapidated domes and minarets (a sign of how old they are!), against bright and bold contrasts of palm trees and tropical plants and vegetation.

The Arabs have been trading on the East African coast-line for centuries, and have to a great extent, influenced the spread of culture, food, language and religion. Islam is the most widely-practiced, followed by Christianity.

Religious freedom in a sense, has contributed to Tanzania’s relatively peaceful history since its independence. There is a sense of peaceful co-existence, which I believe has something to do with the tranquility that comes with living by a sea, as well as a mutual acknowledgment and respect for the multiple ways of life practiced here. This to me, is where I find Tanzania’s soul.

Dar-es-Salaams multi-cultural make-up and large ex-pat and business population has made for a great selection of restaurants and choices for affairs of a social kind.

These photos were taken at High Spirit Lounge and Bar. A great set-up with awesome views and potent cocktails!

It really struck me after my time back, how much I miss the food in East-Africa (food is considered such an intricate part of the culture on this side of the coast).

Sitting on plastic chairs by the beach-front, with coca-cola branding on almost every table, I enjoy Muhogo with tomato and Pili Pili Mbuzi chutney and a multitude of tropical exotic fruits. Yummy in my tummy, while I am blissfully reminded of how beautiful a simple life really is.

This fruit is called Bungo by the locals, and is a fruit that grows on the rubber vine plant in Zanzibar, Madagascar and a few other islands on the Indian ocean. It looks like an orange with a thicker outside peel, and has a flavour that is a cross between a mango, a pineapple and an orange. Its great for juices and smoothies too, as it has a tangy taste, with a bit of sweetness.

All this food and scenery is quite bizarre, yet reminds me of a comfortable familiarity of being in East Africa.

Muhogo, pictured above, (cassava) is a local delicacy that can be served as thinly sliced chips, or fried whole and crisp. Pili Pili Mbuzi (translated from Swahili as goat pepper) is from the family of peppers called the capsicum Chinese. This chilli is extremely popular in Tanzania as part of the local diet, due to its aroma and pungency. It is normally cooked with fresh tomato sauce as a way to reduce its heat and intensity. If you are a chilli lover, this sauce is a definite must try!

I was also able to enjoy a Zanzibar mix, one of the most famous street foods of Tanzania.

The ‘mix’ is a bowl of of smooth and tangy flour-based sauce cooked with lime and mango, with tiny cubes of fried potatoes, crispy potato chips, fried mashed potatoes, a spoon of grated coconut chutney, a dash of red-hot chutney and a scoop of deep fried muhogo (cassava or potato shavings sprinkled on top).

Every warm spoonful of this delectable dish is filled with flavour and spice and you are guaranteed to slurp down the bowl in record time! It is definitely worth the drama!

The seafood in Tanzania at the sea-cliff hotel in Dar, is always fresh and succulent; take a look at this beauty of a crab, slow cooked in a coconut and lime sauce, and served with fragrant yellow rice.

I hope all this food has you appreciating just how amazing and unique Tanzanian cuisine really is, with succulent, yet pungent flavours of Swahili, Arab, Indian and Portuguese influence.

I also highly recommend a visit to K.T shop in the main town/central town, who for many years, have made the best kebabs and spicy tea in town! plus, they’re very reasonably priced! 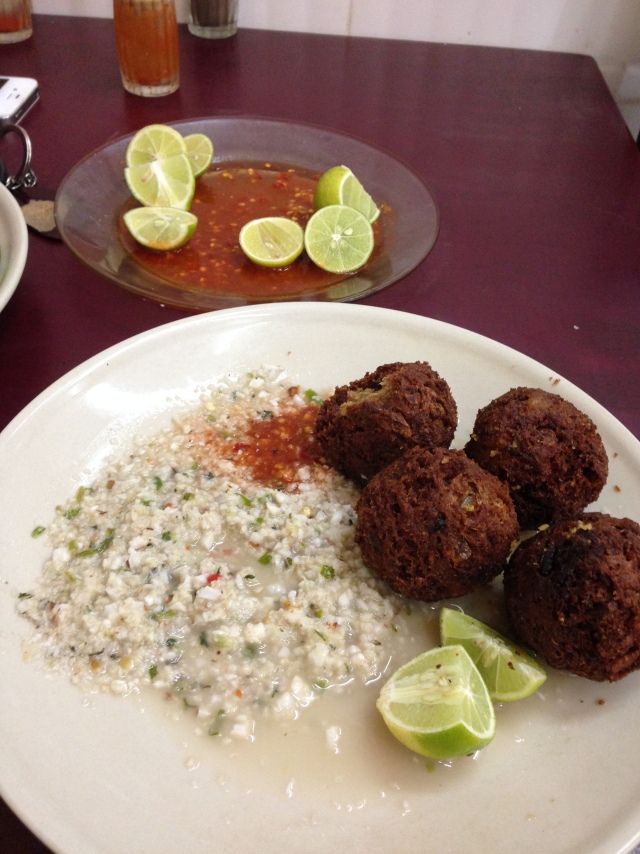 BBQ village in Dar-es-salaam is an absolute must for Mishkaki (tender skewered beef or lamb, grilled to perfection and served with pili-pili mbuzi). I also tried a local fish, the Zuri fish (tastes similar to the Atlantic Hailbut), served with mashed potatoes and garlic sauce!

These were some of the meals I enjoyed during my stay.

If you have time, Zanzibar is a must-do, with its azure waters and rich historical background.

Often described as the ultimate Indian Ocean experience, it showcases an old stone town and magnificent beaches, with sand softer and whiter than you can imagine!

It is a place so magical and romantic, with a name as exotic as the experience it promises – but that is a story for another day, as the beauty of Zanzibar requires you to read an entire separate post! Read here.

Kunduchi Beach, where my parents got engaged

In conclusion, despite a language barrier you may encounter in Tanzania (most locals can only speak Swahili), and the fact that you may sweat more than you’ve ever sweated in your entire life (yes, it can get really HOT), I always feel that with an open mind and love in your heart, Hakuna Matata (there are no worries!) in Tanzania. It’s actually where my Mum is from, so spending this time here with her was a time I will always cherish in my life <3

I would love to hear about your very own experiences of this awesome country in East Africa.

Top 5 things to do in Bangkok

Top 10 things to do in Mombasa

Bangkok, Venice of the East

6 comments on “Hakuna Matata in Tanzania”

3 years ago, I graduated with what I call a ‘Masters in the ART of communication’ and set off on a career path that promised to emancipate me. 3 years in, I find myself questioning, what’s changed?

Shop at the Modern Gypsy Boutique

Shop at the Modern Gypsy Boutique

With no wands waved, Thailand has a knack for crea

Don’t get it twisted, the corona virus pandemic

Somebody pinch me 😳🤩 . . #sunsetlover #sunse

Who doesn’t ❤️ Saturdays. They come with the

Ever wondered, what happens to those restless peop

Dear universe, Thank you for the lessons. I have

Captured the sun going down today. It certainly is

The comforts of ‘normal’ I’ve always shied a

Living in Mombasa meant frequent visits for me to

Starting to live a little 🐥🌞 . . #japanesefo

People ask me all the time, why I always trade com